Africa’s second round of qualifying for the 2022 World Cup is set to kick off with some notable absentees – Mohamed Salah, among them – after the refusal of British clubs to release players for various matches.

Premier League clubs have led the way in refusing permission for players to head to countries on the British government’s Covid red list, which would require 10 days of quarantine upon their return.

With Egypt one of 17 African countries on the red list, Liverpool superstar Salah will miss this week’s home match against Angola in Cairo but could play in Gabon, which is not on the list, next week.

Quarantine conditions meant he could have been one of several internationals to miss multiple games, said Liverpool manager Jurgen Klopp.

“As clubs we cannot do that – not only because we play games in that time, but because without being positive (for coronavirus) they lose 10 days of training,” he said.

“Without any chance of moving, you lose muscle. It’s a real risk for the boys if they have to then play three, four or five days after 10 days in quarantine.”

Since they are playing in countries not on the red list, Salah’s club colleagues Sadio Mane and Naby Keita can represent Senegal and Guinea respectively in both this window’s matches, which begin on Wednesday and end on Tuesday.

Only the ten group winners will make the two-legged play-offs, whereupon Africa’s five finalists for Qatar 2022 will be known.

This brings added intrigue to Group D, where Cameroon’s 2017 African champions take on Ivory Coast’s 2015 winners in a battle of sides who have ten World Cup appearances between them.

This is one of four groups featuring more than one team with World Cup experience, along with Group F (Egypt, Angola), Group G (South Africa, Ghana) and Group H (Senegal, Togo).

With the strengths of teams likely to be influenced by Covid complications for some time, the campaign has the capacity to throw up some surprise results.

An example of the challenges can be seen by the problems facing Nigeria coach Gernot Rohr, who named an expanded 30-man squad to cater for players not allowed to leave the United Kingdom.

While the Super Eagles will be at full strength at home to Liberia later this week, they are set to miss eight players based in the United Kingdom – with Leicester duo Kelechi Iheanacho and Wilfred Ndidi – for the trip that follows to Cape Verde, which is on the red list. 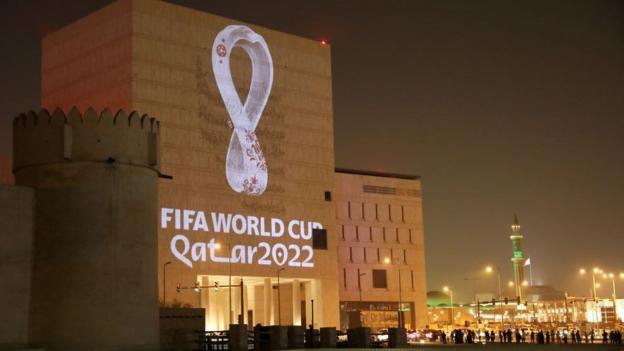 Ivory Coast coach Patrice Beaumelle has already lost patience with a process which both the Confederation of African Football and Fifa tried to overturn in vain appeals to the British government.

The 2015 African champions host Cameroon, who took their throne in 2017, in a mouth-watering Group D clash whereupon they can use Premier League duo Eric Bailly and Serge Aurier – but both cannot play in red-listed Mozambique in the Elephants’ first game.

“I’m tired of the whole affair and I think it’s uncalled for because everything is well organised these days with regular testing, safe travel and closed stadiums to minimise risk,” Ivory Coast coach Patrice Beaumelle told Reuters.

“We’ve been under continual pressure from clubs not to select their players. In March, it was the French clubs who refused and now it’s the English.”

While many coaches have to work out new line-ups in the face of such problems, others have to navigate a way through some regional derbies, with South Africa facing Zimbabwe (Group G) while Malawi meet Mozambique (Group D).

Coach Milutin ‘Micho’ Sredrejovic takes on Kenya in Group E as he faces his first competitive match since rejoining the Cranes, who he led to a first Africa Cup of Nations finals in four decades in 2017, in early August.

“We are expecting good match of football friends that will be opponents for 90 minutes but after 90 minutes, we shall be east African brothers,” he said.

“There is too much at stake and it is very hard to play against friends that you know. This is a test of character for a team in transition, and it will be a very tough match that will show us where we are at present.”

All 40 teams, including African champions Algeria, will hope to improve on Africa’s poor 2018 World Cup, when not one of Egypt, Morocco, Nigeria, Senegal or Tunisia reached the second round.

This meant there was no African team in the next stage for the first time since 1982.

MTN reaches out to Lira, Kawempe communities under its 21 Days of Y’ello Care Campaign

This year marks the 22nd edition of the

This year marks the 22nd edition of the prestigious FIFA World Cup Competition. The competition that

Real Madrid proves they are the real “Big Boys”.

Champions League football returned this week! The much-anticipated match was on Wednesday (March 9) and a